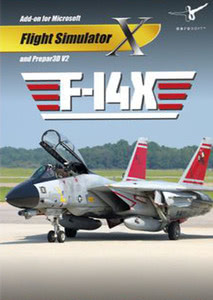 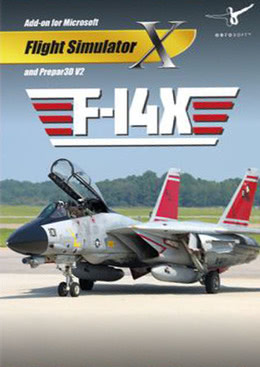 When the F-14 entered fleet service, there was a noticeable shift in political power projection.

Fifteen seconds was all that was needed to reverse a guns solution with an F-4 on its tail. A radar so powerful that it could burn through jamming signals emitted by other combat aircraft while guiding a missile that fell from 100,000ft at March 5.

The Aerosoft F-14 Extended was designed with two principle objectives. The first was to create an authentic and detailed representation about what it was like to fly the early model F-14`s and the refinements made over the first 20 years of the airframe`s service life. The second was to create an accessible simulation for all users. While many of the advanced systems will require you to RTFM to operate effectively, anyone can be in the air within seconds of loading the sim (well maybe a little longer if you`re setting up a carrier launch). While failure logic, such as engine compressor stalls are included, they will not become active and take out an engine unless you enable the feature.

The only thing you can`t simplify are the flight mechanics. Not a single tester or developer was un-challenged when attempting to trap this bird. But, the physics are consistent and based on real world data. As you learn why the F-14 does or does not respond the way you think it should, your intuition of flight mechanics will be become more sophisticated. Simply put, if you learn to fly this aircraft with a serious perspective, you will become a better pilot.

Final word. One of the defining aspects of this project has been an almost unyielding sense of collaboration from outside development houses, retired military personnel, and a group of dedicated F-14 fanatics that have been willing to advise and test over many long hours to make this a project a reality.

Keep in mind this is a high complexity add-on, intended for experienced users.