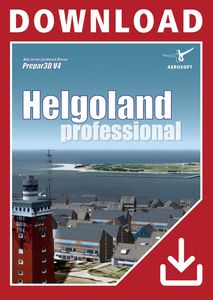 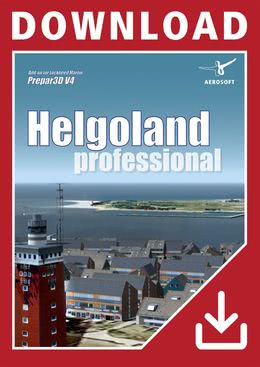 After growing older but no losing popularity we decided it's time for a new version of good and old Helgoland X. Its successor “Helgoland Professional” brings it to a completely new level of detail and will offer you thrilling new options. Much of the scenery has been entirely redesigned.

Forces or nature have reshaped the East coast of “Duene”. Rwy 21 has formerly been blocked by a high sand dune that is now entirely gone. While approaches got a bit easier here the southern end of the airport is now a place where waves break around the southern tip of the runway. 10 years ago this has been surrounded by a large beach and construction teams are hard at work to prevent further loss of sediments.

In the wake of “green energy” Helgoland is currently becoming an important maintenance hub for nearby offshore windparks. The existing military SAR base has been extended by a offshore maintenance helipad with its own hangar. From here you can fly your chopper to transformer stations out in the sea. All of them have their own helipad and make a thrilling experience to approach when waves are high.