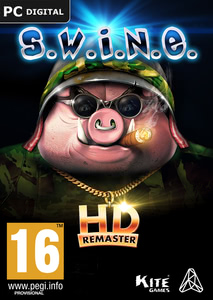 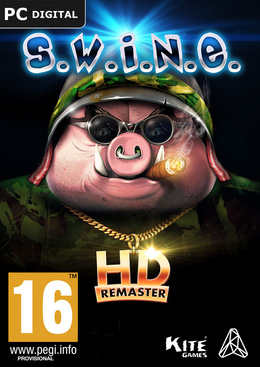 S.W.I.N.E. HD Remaster is the new edition of the challenging classic strategy game S.W.I.N.E.! 18 years after the release of the original, the filthiest of all wars between the Rabbit and the Pig armies will inspire both new and old fans of sophisticated real-time strategy with completely revised textures, support for todays resolutions, detailed unit models, a 16:9 adapted interface and an extended zoom.

In S.W.I.N.E. HD Remaster, you'll fight challenging tank battles on the sides of both the Rabbits and Pigs in two extensive single-player campaigns! Use various tanks, scout vehicles, artillery, rocket launchers, and air support to help your side win. Choose from a variety of upgrades to upgrade your units and equip them with special abilities.

Experience again the nifty war strategy game that defined the childhood of many players in the golden age of gaming. This funny strategy war game, which was first released in 2001, allows you to fight leading the aggressive pigs or the peace-loving rabbits to victory in several battles