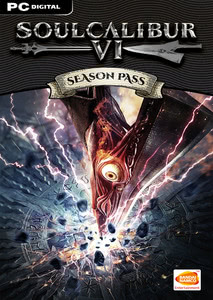 Bring more than your fists to the fight! SOULCALIBUR VI represents the latest entry in the premier weapons-based, head-to-head fighting series. The heroic 3D battles transpire in a beautiful and fluid world, with eye-popping graphics and visual appeal. Featuring all-new battle mechanics and characters, SOULCALIBUR VI marks a new era of the historic franchise. Welcome back to the stage of history!

Introducing the newest entry in the SOULCALIBUR series!

Experience all-new gameplay mechanics with the most beautiful graphics the weapons-based fighting genre has ever seen!