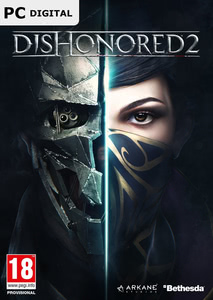 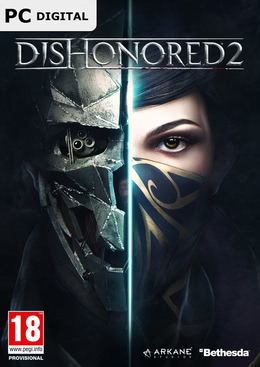 The critically anticipated follow-up to the winner of both over 100 Game of The Year awards and BAFTA award for Best Game.

Dishonored 2 is set 15 years after the Lord Regent has been vanquished and the dreaded Rat Plague has passed into history. An otherworldly usurper has seized the throne from Empress Emily Kaldwin, leaving the fate of the Isles hanging in the balance. As either Emily Kaldwin or Corvo Attano, travel beyond the legendary streets of Dunwall to Karnaca – a once-dazzling coastal city that holds the key to restoring Emily to power. Armed with the Mark of the Outsider and powerful new supernatural abilities, hunt down your enemies and forever alter the fate of the Empire.

The Assassins
Play as Emily Kaldwin or Corvo Attano, each with their own sets of powers. Neutralise your enemies in stealth or eliminate using your weapons or powers.

Imaginative World
Karnaca, The Jewel of The South, is a character in its own right, rich with story, architecture and eclectic characters.

Epic Missions
Take on signature missions, such as the Dust District, ravaged by dust storms and warring factions, and a madman’s mansion made of shifting walls, deadly traps and clockwork soldiers