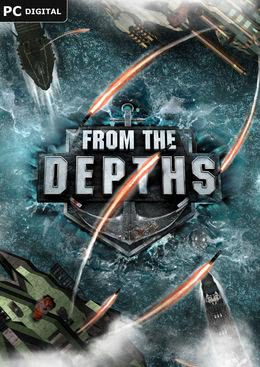 Brilliant Skies presents a new game like no other...
Build devastating war machines to dominate the land sea and skies using our intuitive voxel based building system. Fully customise every weapon from a huge selection of components. Bring your creations to life with the simple and flexible AI tools. Battle with your friends online in our online co-op mode or conquer the world in the strategic single player campaign and story modes. From the Depths lets you do it all.

In From the Depths you can build and take first-person command of battleships, planes, submarines, space ships, hot air balloons and more! The game is currently in alpha and contains a wide range of single player content including: