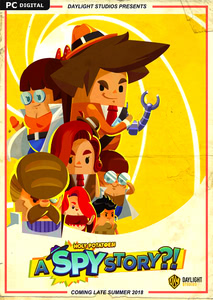 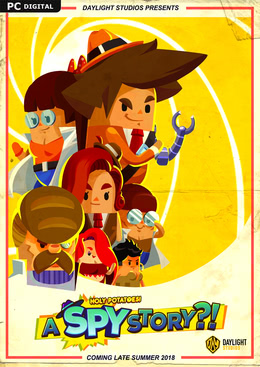 Holy Potatoes! A Spy Story?! is a wacky spy agency sim where you manage your very own potato spy headquarters, train an elite spy team, and strategise top-secret missions while uncovering the truth behind an evil spy corporation and the disappearance of your parents.

Play as twins Ren and Rexa, who set out on a journey to discover the truth behind their parents’ disappearance with the use of their spy skills. Outwit and outsmart security personnel, bust through the sturdiest of doors, and hack some of the most complicated security systems! You will be the unseen hero in the shadows, using your intelligence, charm, stealth and strength to take on the enemy and fulfil your missions!

Infiltrate enemy headquarters and sabotage their evil plans, use genetic splicing technology to create new spies and recruit legendary spies, and encounter pop-culture secret agents such as Justin Powers, Harry Fart, and Ezio de Frenzy in your quest to uncover the larger truth in Holy Potatoes! A Spy Story?!