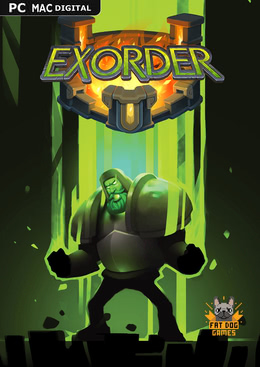 Exorder is one of those not overly-complicated tactical turn-based games with simple rules and dangerous depths.

It features a single-player fantasy campaign and a multiplayer skirmishes, both online and offline. Exorder’s got looks and smarts! Under the layer of colorful graphics lies a cleverly designed tactics system. The game is a solid entry into the turn-based tactics genre that focus on fun and easy to pick up combat.

Single-player campaign consists of 12 missions linked by a fantasy-style story about three neighbouring countries and a game of the throne after the deceased king. This mode gets you acquainted with skills needed to successfully command a roster of Exorder’s quirky units.

In Multi-player Mode you can choose between online matchmaking and casual skirmish. Fight against randomly selected players of a similar skill level. Defeat your enemy to climb up global leaderboard! Or casually create a custom multiplayer game for up to 4 players, either offline or online.