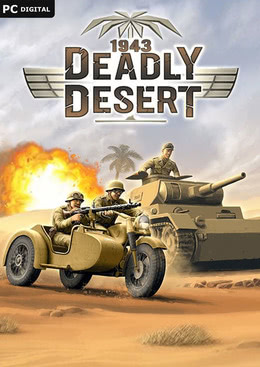 North Africa 1943. Lead your forces to victory in the most intense WW2 battle!

Action-packed World War 2 battles for the desert territories await you. Your ingenuity and leadership skills as general will determine victory or defeat. Will you survive the toughest fight in history?

TOTAL WORLD WAR
This is the decisive World War II battle between the Allied forces and the Axis powers! Choose your path and lead your army to victory!

TURN-BASED TACTICAL WARFARE
The right war strategy is the key to the ultimate victory! Issue orders to your officers on the battlefield. They’ll motivate, inspire and strengthen the troops assigned to their command!

DANGEROUS MISSIONS
Become the greatest general of all time and prove your tactical skills in plenty of different war campaigns! Unlock new missions, maps and scenarios!

VARIETY OF BATTLEFIELDS
Break through the enemy lines by land and air! Lead your soldiers into battle and crush your enemies on the historical battlefields of Africa!

STRATEGY AT ITS BEST
Even more new units for your tactical genius! Order devastating air strikes or command a forced march. The stakes are high, but the prize of a glorious victory awaits!