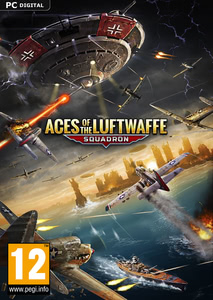 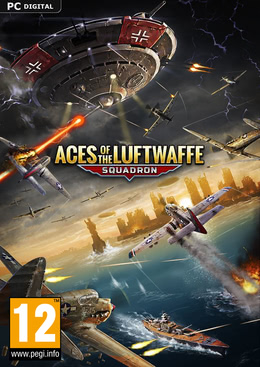 EVERY END IS A NEW BEGINNING!

When Europe seemed to be safe, a secret German command called "Asse der Luftwaffe" seized the chance to strike back and invade the USA! It's your duty to restore peace and freedom by swinging aboard deadly steel wings and fighting the destructive war machinery! Experience an epic story and survive the gunfire over the coasts and cities of the USA! Command your wingmen, fight as a team, fight as a squadron!

ACES OF THE AIRWAFFE - SQUADRON is an action-packed, vertically scrolling shoot 'em up with a captivating story. Escape the shooting bullets, collect massive power-ups, and use your special abilities as you eliminate enemy waves. Level up and improve the members of your squadron with individual talent trees. War is dangerous, but you're not alone! Play co-op battles with up to three friends in epic 4-player battles. Are you daring enough to face these threatening powers?