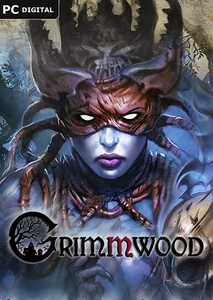 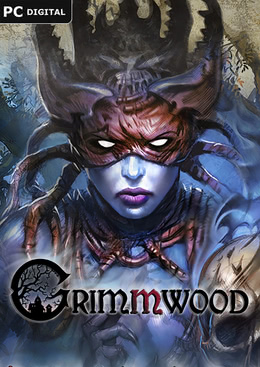 You’re in an ageless, mystical forest, together with up to 30 other strangers, all of which are real, live players. You have a Village you need to defend because each night, around midnight, the monsters will attack. During the day you explore, gather resources, repair and build. But to be able to do all that you have to feed, drink and rest, because every action in the game has its cost.

The Blitz Mode
If the 24 hours daily cycle is too slow for you, just get together with 3 or 4 friends (up to 10 players can join in a Village) and smash it in the fast and furious version of Grimmwood. The voice communication is key — so come prepared!

The World
The world of Grimmwood is engulfed by a nameless 16th century war raging across the continent. The Villagers are common folk, refugees from the big cities who seek sanctuary in the depths of the ageless Forest. Many of them have lost their loved ones, all of their belongings… everything, but their will to live and see another day.

The Village
The village, the survivors have discovered deep in the Forest, seems a lot older — probably even with a century. It is destitute of any signs of life — nothing to even hint on what might have happened to its former inhabitants.

The Monsters
The Forest is old and vast. There are “things” here never seen by any man … who lived to tell the tale. The Villagers are not wanted here — they only disturb the natural order of things in this dark and secluded part of the world. And they'll be often reminded of that.

The Mystical Forces
A lot of things that happen in the Forest go beyond anything the Villagers have ever experienced or have the capacity of understanding. Resurrection, mystical artefacts, herbs and potions with amazing effects on the human body — there’s a lot to be discovered, examined and probably … feared.