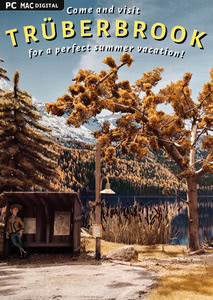 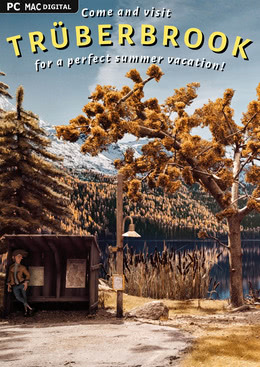 Trüberbrook is a thrilling mystery-sci-fi adventure game. Enjoy an adventurous vacation to a 1960's parallel universe! A Sci-Fi-Mystery Adventure Game with handmade scenery.

Imagine yourself on a vacation to Europe in the late sixties. Now, picture yourself as a young American scientist; Hans Tannhauser. Yes, that's your name in this scenario. While you're at it, think of Trüberbrook, a remote village in rural, mountain-sloped and densely forested cold-war Germany. Because, that's where you somehow end up after hitting the continent. But who cares, you won the trip in a lottery! Or at least, that’s how it seems. But don't fear, instead of getting some rest, you could find yourself having to save the world …

The year is 1967. The world policy is dominated by the Cold War and Vietnam, Russia and America are racing to the moon. At the same time in Europe, students take to the streets from Paris to Berlin.

On a larger scale, the world is locked in turmoil, but most people are unaware of the events unfolding in an overlooked, sleepy part in the German province. Hans Tannhauser, an American student in his late twenties is caught by surprise: Out of the blue, he wins a trip to a small, German village, Trüberbrook. Truber-what? No idea! It doesn’t help he can’t remember taking part in any lottery in the first place … Happy to put some distance between him and his Ph.D. in quantum physics, he makes his way to Trüberbrook, Germany, bursting with curiosity.

But shortly after his arrival, inexplicable things start to happen: A mysterious stranger breaks into his room at the Guesthouse Waldeslust and steals a paper on physics. But who would do that? And why?

Gradually, he gets to know the various villagers and spa guests, one more peculiar than the other. Only young anthropologist Greta Lemke, who is on a research trip to Trüberbrook, seems normal to him. Before he knows it, Greta becomes Tannhauser’s accomplice on the adventure of a lifetime! It slowly dawns on the aspiring physicist that his presence in Tüberbrook is not accidental – he is here to save the world!

Trüberbrook is a story-driven adventure game with a strong focus on characters and the narrative, but includes a lot of puzzles that need to be solved to progress the story. The puzzles are designed to integrate into the narrative.

You navigate Tannhauser through the different sceneries from a third person perspective, usually in long distance shots to intensify the impression of peeking into a little diorama. The story unfolds as you interact with your environment, talk to other characters and solve puzzles. These range from inventory-based puzzles to social challenges (such as persuading other characters) up to passing unsettling psycho tests.