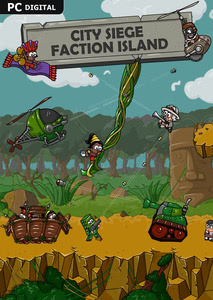 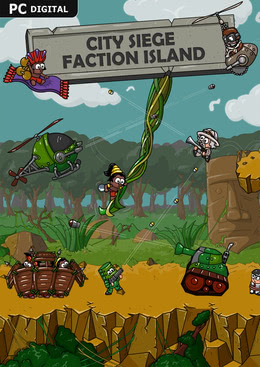 The ultimate 2D Physics War Game - War just got fun, build your army with tanks, guns, spies, flame tanks and helicopters. Then embark on missions of mass destruction and tactical rescues. Bring peace to faction island by destroying all your enemies!

Your war starts with just a single rifleman, but soon you'll be rolling into battle with tanks, flame throwers and hover crafts. Fight your way through varying missions on Faction Island, all featuring destructable environments and dynamic gameplay watch as buildings fall down crushing your enemies and rewarding you with massive combos. Expand your army with cash earned from completed missions by buying more heavy weaponry or powerful airstrikes to deliver death from above bringing battles to an indiscriminate finale.

Take on timed, solo, stealth and all out warfare missions each requiring a different set of gameplay styles and tactics. Group your units create an army of devastating force as up to five of your troops wreak collective carnage upon the unfortunate enemy. Rockets, bullets, ninja stars and fire are all at your disposal but you'll encounter opposing factions with devastating and insane weaponry of their own. Bombs and bullets alone won't win this war strong tactics and skill will surely prevail.

Enjoy City Siege Factions unique physics engine as each level serves as a destruction sandbox environment once you have successfully completed the mission. Why not take your heavy weapons in to earlier levels and go for all-out destruction or try and beat your best time and highest score. Every time you play a level, your units will level up and you will earn more cash to expand your forces, giving you the edge on later levels.

At the start of each level you can choose up to 5 units to deploy, you can switch between deployed units at will and can evacuate them and deploy other units from your reserves, allowing you to play each level your own way. Develop your strategy and take full control of Faction Island.