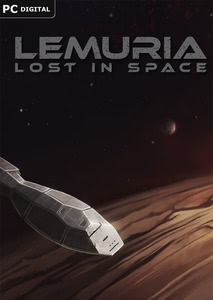 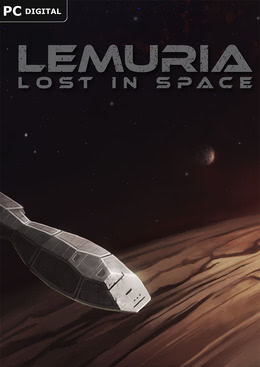 Lemuria: Lost in Space is a unique adventure, full of mysteries, puzzles and shocking discoveries. Explore the long-lost Lemuria 7 spaceship and find out what happened to the crew.

The Intriguing Story
The Lemuria 7 spaceship has been missing for over 70 years. Now it is back in the Solar System, however there are no crew members on it. It's also unclear how the Lemuria 7 has returned and why it has been seriously damaged.

In Lemuria: Lost in Space, you play as Abrix - the robot with AI that may operate in extreme temperatures, high levels of radiation and that yields weapon and hacking modules to explore the whole Lemuria 7 spaceship.

Unique Gameplay
Abrix has an ability to overrun security systems. The unique hacking mini-game will challenge your math, geographic and logical thinking skills. The other mini-game, called Netwar, gives you the possibility to overrun spaceship network and avoid certain fights with hostile robots.

Abrix has also a special software that allows him to upgrade himself during the mission. You need to be very careful - if you run out of batteries or an anti-radiation cloak, the mission is aborted and the game is over.

Dangerous Exploration
In order to explore over 100 rooms of the spaceship, you'll need to solve dozens of puzzles, find valuable resources for the robot and fight with security turrets and other enemies patrolling the ship.

Solving puzzles not only rewards you with priceless resources, but also uncovers the story of the lost crew of Lemuria 7. The level of challenge depends on difficulty - so choose wisely or you'll need to start from scratch.