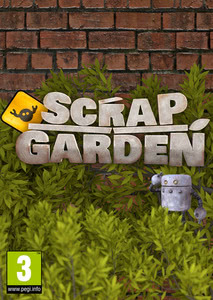 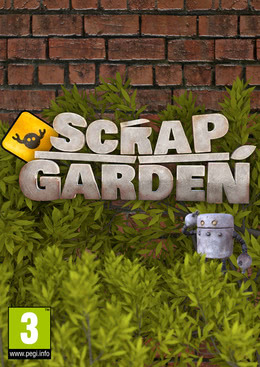 Scrap Garden is a charming puzzle platforming adventure where you play as the lonely robot Canny, who awakes in a post-apocalyptic world where all the other robotic citizens have been shut down and seized up. What happened to the City? Why did all the robots stop moving? Did anyone survive except him? Little rusty Canny has to do all he can to find the answers to these questions... and to fix everything!

In 2014 Alexey Davydov moved to Vilnius, Lithuania. Relocating there gave him a chance to work in cooperation with Egidijus Bachur, a Lithuanian-based talented developer. Scrap Garden was announced in April 2015 on GamesJamKanobu, where it won 2nd place in the Game Design category and earned a Best Unity Game nomination. After that, Scrap Garden was awarded the Best Indie Game prize on DevGAMM 2015 in Moscow, and the Best Game Art Indie prize on Casual Connect Tel Aviv 2015. The game was shown again at Gamescom 2015 and DevGAMM Hamburg 2015. Currently, Scrap Garden is about to hit Greenlight and is approaching its final release, set for Spring 2016.