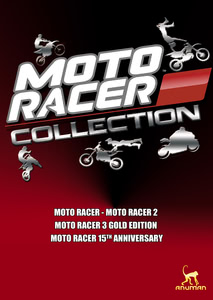 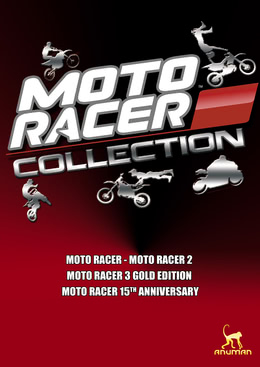 Celebrate 15 years of fun with the best motorcycle game series!

MOTO RACERTM / MOTO RACER 2 : Retrace the series roots and tackle legendary races such as the famous Great Wall of China. Put your skills and reflexes to the test in Arcade and Simulation modes.
MOTO RACER 3 : Feel the thrill of speeds 300 km/h and over on some of the world's greatest racetracks including Suzuka and the Sachsenring. Hop on a trial bike and negotiate the trickiest of obstacles. And take a nerveshredding high-speed trip through the streets of Paris.
MOTO RACER 15th ANNIVERSARY : Race against fierce competitors in GP Mode. Challenge the best bikers in spectacular Supercross races Perform the best aerial tricks in Freestyle Mode. Break the records in Time Trial Mode.