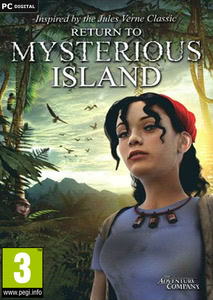 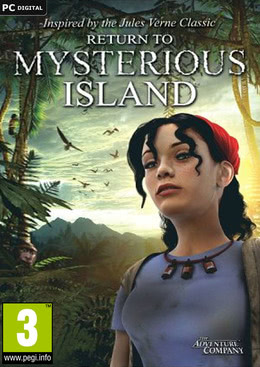 In this first-person survival adventure, players will encounter recognisable locations from the famous novel, including the granite house, the volcano and the Nautilus.

However, "Return to Mysterious Island" goes beyond Jules Verne's storytelling as players take on the role of Mina, a courageous young woman on a solo round-the-world sailing expedition.

In your quest for survival using logic, discovery, creative inventory management, and elements of the supernatural, the adventure unfolds across splendid photorealistic pre-rendered vistas. Intuitive puzzle challenges and vast exploration of the lush tropical landscapes of the island, all combine for a brilliantly executed adventure game.

Round-the-world saling expedition... Ship wrecked on a deserted island.. The ghost of Captain Nemo... The quest for survival... Caught in a tremendous storm, Mina, our heroine, becomes stranded on the shores of a wild and apparently uninhabited island. As she explores her new surrounding, she uncovers artifacts, living spaces and technologies left behind by the people who came before her to this uncharted island.