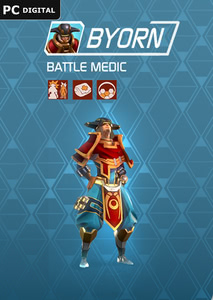 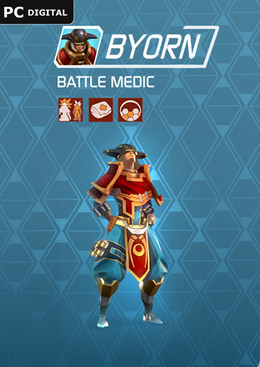 The Byorn pack contains Byorn, Clone, and 450 Soldi -- enough to buy the accessory of your choice. It's everything you need to get started in your new role as the team's Battle Medic!

Byorn is the Synarch's guard's most talented medic. The native Svandian's gift for healing has allowed him to rise in the ranks of society despite his lower middle class origins. When teammates take a hit, he always finds a way to pick up the pieces – literally.

Your teammates will thank you for being a Byorn!

This content requires the base game Games of Glory on Steam in order to play.