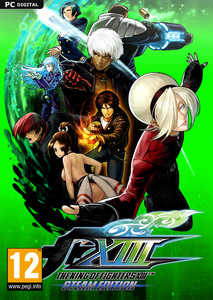 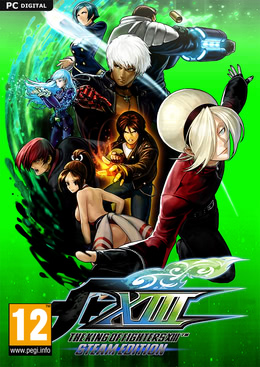 THE KING OF FIGHTERS XIII Steam Edition offers three different types of ONLINE VERSUS matches that allow players to challenge other opponents worldwide in endless and intense battles:

"THE KING OF FIGHTERS XIII", SNK PLAYMORE's flagship 2D versus battle title returns in an ultimate version on Steam!

The many exclusive features of the console version, such as the ONLINE mode, which allows you to enjoy games against rivals from all over the world, the tutorial mode, which can be used by KOF newcomers, and the story mode, which contains several exclusive episodes in a visual novel format, have been enhanced in "THE KING OF FIGHTERS XIII Steam Edition"!

Also, Iori with the Power of Flames, NESTS Style Kyo and Mr. Karate DLC characters are now playable from the beginning, making a total of 36 characters!

It's time to face rivals worldwide!

In this mode you experience a variety of background stories that were not touched in the original arcade version of the game. Discover the truth about KOF's "Ash Saga" and her secrets through the eyes of the main character Ash Crimson and other characters who did not participate directly in the tournament. Your decisions and battle results can lead you to discover new story elements - try out the different options and each scene!

"THE KING OF FIGHTERS XIII Steam Edition" now offers a significantly improved netcode that gives you the most comfortable online experience yet! The new Netcode offers improved communication speeds between you and your opponent and adapts your online experience to your PC environment!

Tackle three different types of missions in this mode and improve your skills!
- "TIME ATTACK": Defeat all CPU opponents in the shortest time.
- "SURVIVE": Choose a character and fight your way through as many CPU opponents as possible.
- "TRIAL": In this mode, each character has 10 tasks that focus mainly on combos. When you have completed all 10 tasks, you will have mastered several combos for this character.

Rose Bernstein, the host of the tournament, will teach you the basic techniques and explain the measuring instruments and their use. For the first time KOF players should start here to get used to the game

In this mode you can edit your online profile and change the character color palette. You can create a team for online use, add icons collected during the game or enter a preset message in your profile. You can create up to five separate color samples for each character. Show your personality all over the world!

A new feature is the "GRAPHICS OPTION" function, with which players can switch between different frame rates and simplify backgrounds.