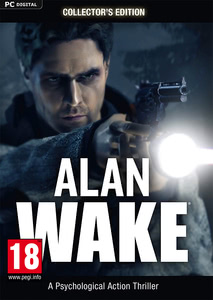 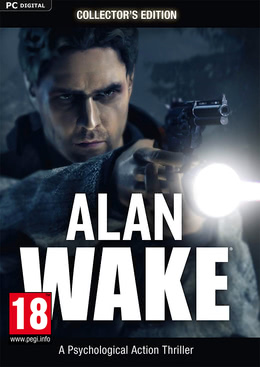 When the wife of bestselling author Alan Wake disappears during her vacation together, he finds pages from a thriller he wrote while searching for her, but he can't remember them at all. A dark threat is driving her mischief in the small town of Bright Falls, bringing Wake to the brink of madness as he desperately struggles to solve the mystery and save his beloved.

Alan Wake is presented in the style of a TV series and features the typical Remedy narrative form as well as nerve-racking action sequences. While the players dive deeper and deeper into the mysterious story, they are confronted with incredible adversities, twists and turns and cliffhangers. Only by mastering the fighting technique of "Fight with Light" can they stay one step ahead of the darkness that spreads across Bright Falls.

Alan Wake's intense atmosphere, unfathomable, multi-layered storyline, and the extraordinarily exciting combat sequences of the game, which is an action game in structure and a psychological thriller in content, offer an entertaining and original gaming experience.

ADVANCED FOR THE PC, Alan Wake contains special episodes of "The Signal" and "The Writer".

Additional features of the Collector's Edition:

This product requires the main version of the game "Alan Wake" to play.
Internet connection and Steam account required.