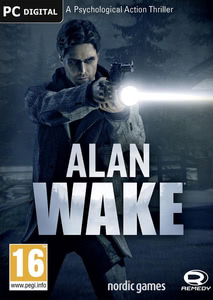 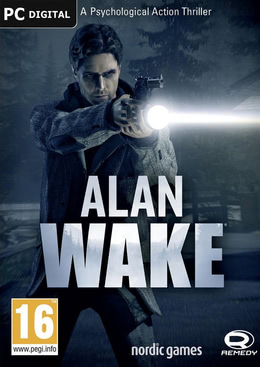 When the wife of the bestselling author Alan Wake disappears on holiday, his search opens the pages of a thriller of which he couldn't tell whether he wrote it at all. The presence of something dark haunts the small town of Bright Falls and brings Wake to the edge of his mind as he struggles to solve the mystery and save his love.
Alan Wake is a mixture of action game and psychothriller. It is presented in the style of a television thriller series. Alan Wake bears the brand name of Remedy's story authors and features action scenes that get the pulse racing. The deeper the players get into the mystery, the more they encounter an overwhelming superiority, unexpected turns in the plot and adventures whose outcome cannot be estimated. Only by mastering the Battle of Light combat mechanics can they stay one step ahead of the darkness that spreads across Bright Falls.
With the body of an action game and the spirit of a psycho-thriller, Alan Wakes' intense atmosphere, deep and multi-layered storyline, and extraordinarily exciting combat scenes offer players an entertaining and original gaming experience.