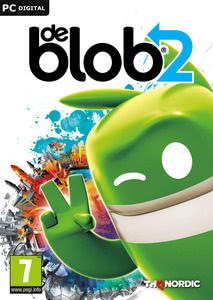 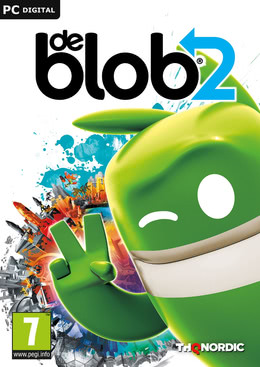 Comrade Black is back and so is his war on color. Disguised as Papa Blanc, Comrade Black is rigging the city’s election and if he wins, there will be no stopping him or his brainwashing new cult from taking over Prisma City – that is, until de Blob comes back to re-ignite the color revolution!

de Blob must color his way through the enormous and polluted Prisma City that is filled with factories, ice stations, bio-domes and a massive array of underground bunker levels to match every surface level environment. To navigate the dazzling depth and complexity of Prisma City, de Blob has teamed up with a sassy robot side-kick named Pinky, who helps him to triumph in fun and co-operative ways.

Inside! Outside! Underground! Take the fight against Comrade Black into another dimension as Blob explores every nook and cranny of Prisma City. From 3D platforming to classic 2D sidescrolling, Blob won’t stop ‘til the last Inky drops!