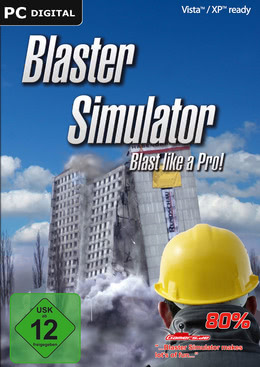 The player assumes the role of a blaster, who works his way up from small jobs to big ones. A level is considered to be
solved, if the predetermined demolition rate has been reached and all set targets have been met.
The buildings are made of in real-time calculated walls, pillars and carriers which explode or collapse back upon
themselves according to the used explosive. Every single action can be witnessed due to live cameras. The most
sensational blasts can even be stored.
Beside the career mode, once finished levels can be chosen individually so that you can go for the highscore at any time.
An additional feature is the international best list where only the worldwide most successful blasters are listed.
Will you be able to go to the top of the international explosive charts?