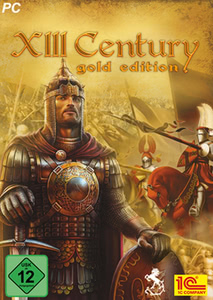 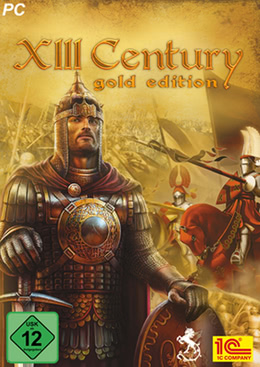 XIII Century Gold Edition delivers a massive RTS experience, combining the highly successful strategy game XIII Century: Death or Glory with the follow-up sequel Blood of Europe.
Charge into the great battles of the Middle Ages alongside noble knights and ruthless nomads as they clash steel with neighboring foes and carve their names into history. In Blood of Europe, the year is 1266 AD and the knights of the Teutonic Order march again on the city of Pskov, the gem of Northern Rus. Prepare to join forces with Dovmont, Knyaz of Pskov to defend their territory. Large-scale battles, cutting-edge gameplay technology and so much more make this the ultimate package for fans of strategy and war games.