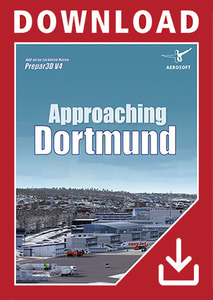 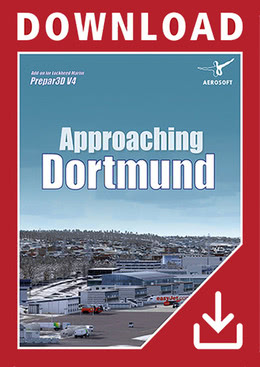 Approaching Dortmund is available now for Prepar3D V4! The scenery is a complete implementation of the city of Dortmund in the flight simulator. In addition to the common urban area, the German airports 2 airport Dortmund X (EDLW) and the airfield Hengsen-Opherdicke (EO08) as well as the surrounding area were created and integrated as part of the scenery package. The scenery is rounded off by the heliport at the Clinic Center North.  Owners of the sceneries "German Airports 2 - 2012 (Hamburg) (Download)" and "German Airports 2 - 2012 (Box or Download)" have the possibility to use our upgrade service.