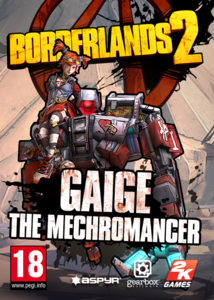 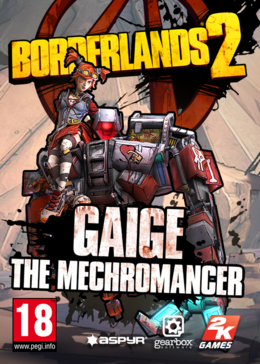 Borderlands 2 furthers the distinct blending of First Person Shooter and Role Playing genres to create the true evolution of the Role Playing Shooter. Team up with up to three other players for four-player online goodness, sharing mayhem as you spend hours leveling up your character and equipping them with one of the millions of badass weapons. Borderlands 2 features a new visually stunning array of procedurally generated guns, shields, grenades, artifacts, enemies and more. Choose one of the four new character classes to be taken through a carefully crafted and connected story to all new and surprising environments across the living planet of Pandora. Make new friends, arm them to the teeth and fight alongside them on your relentless quest for revenge and redemption.

A new Vault Hunter has arrived on Pandora!

This download grants the player access to Gaige, the 5th playable character in Borderlands 2 who can summon a destructive robot named Deathtrap.

If you have already pre-ordered and received the Premiere Club contents, you don't need to buy this DLC!

Requires the main game Borderlands 2 and a Steam-account!