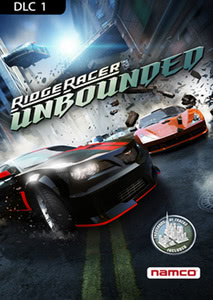 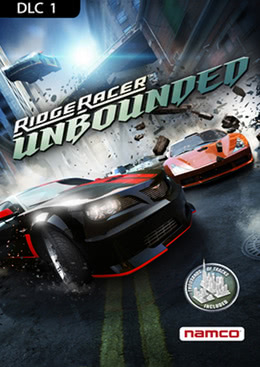 The RIDGE RACER® series takes off in a new direction with RIDGE RACER® Unbounded. Join the Unbounded team, a group of lawless badass racers, terrorizing the streets of Shatter Bay and expand your ever growing territory. Drive & Destroy everything in your path to create new areas that were once off limits. Go online to Dominate and race an unlimited supply of user created maps.

Destruction: Use your car as a high-octane wreaking machine to plow through buildings, pillars, trucks and much more. Nothing is safe and everything can be destroyed!

Online: Dominate other players in the RIDGE RACER Unbounded multiplayer modes.  Challenge your friends to online races and show them what you’re made of.

City Creator: With the City Creator the racing never ends.  Create the tons of new tracks to race on your own to share with fans all over the world.

The Unbounded: The Unbounded, a gang of badass drivers lead by the mysterious Kara Shindo, are out to take Shatter Bay over, join them and make a name for yourself by demonstrating your skills.   Environments: The streets of Shatter Bay are your playground. Battle from district to district to control the whole city in the exciting campaign mode.