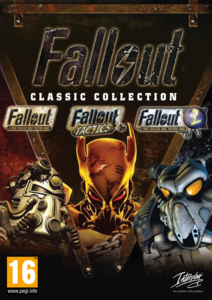 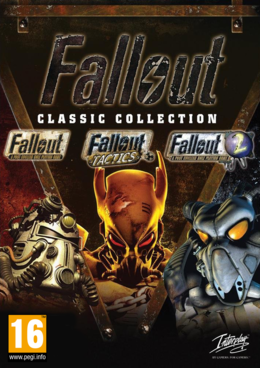 Fallout: After a global thermonuclear war, the player makes the search for parts of old technology and meets the mutated beings and barbaric residents of Southern California. Ruined cities, underground vaults and huge deserts are the scene for a truly detailed role-playing experience.

Fallout 2: Fallout 2 puts you in a completely different kind of role game world with apocalyptic retro-future, instead of musty dungeon and dungeons. 80 long years after your predecessor, the Vault Dweller, you now walk through the devastated landscape and search for the Garden of Eden Creation Kit to save your village. Tough choices and even more serious consequences, anywhere disfiguring radiation, megalomaniac mutants, and a seemingly impenetrable web of lies, intrigue and betrayal await you!

Fallout Tactics: Fallout Tactics is a team - oriented tactical combat game in the third person with the character development of an RPG and a mission-based storyline. Fallout Tactics takes place in a post-apocalyptic wasteland in the heart of North America. You are a troop leader of the Brotherhood of Steel Warriors. Your squad consists of a maximum of six characters. Lots of fun!