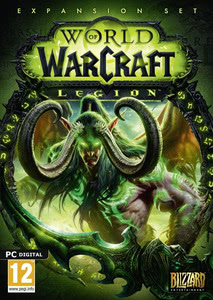 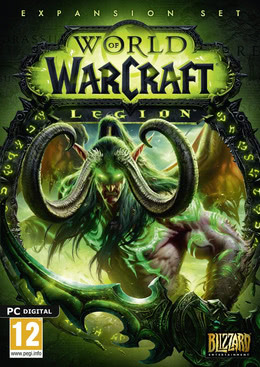 The Burning Legion surges into Azeroth in countless numbers while the warlock Gul’dan seeks the hidden remains of Illidan the Betrayer—the final component in a ritual to summon the Dark Titan Sargeras. As your world crumbles beneath the invasion, you must take up ancient artifact weapons of unbridled power and forge a forbidden pact with the vengeful demon hunters of the Illidari. For only you and your accursed allies can end the Legion’s apocalyptic ambitions and prevent Azeroth from falling beneath the Great Burning Shadow.

STALK YOUR PREY AS THE DEMON HUNTER

Dominate your foes as a Demon Hunter, an elven outcast shunned for daring to wield the terrible powers of the Legion. Exhibiting superior mobility and a preternatural sense of awareness, Demon Hunters can tap into forbidden powers at times of dire need, metamorphosing into terrifying fel forms. Focus on Havoc to demolish any who stand in your way with fiery demonic attacks, or specialize in Vengeance and go toe to toe with even the most powerful demons, withstanding massive punishment as their attacks fuel your hatred.

Only Azeroth’s most seasoned veterans possess the fortitude to wield artifacts of legend against the Burning Legion. Your myth-forged weapon grows in power as you do, and your choices will change its abilities and the way it looks, sounds, and feels in combat. Fashion your artifact into the perfect instrument of battle, and guide your faction in its most desperate hour.

Brave the epicenter of the demon invasion—the Broken Isles, a land rich with ancient wonders. Explore lush forests, colossal mountain ranges, and night elven cities older than human civilization. But native dangers lurk here too: twisted satyrs, savage drogbar, and cursed Kvaldir prowl the Isles alongside the Legion's marauding army. To overcome these threats, you will claim a Class Hall unique to your character class and lead your followers on a hunt for the Pillars of Creation—the secret to Azeroth's salvation.