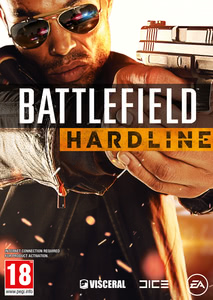 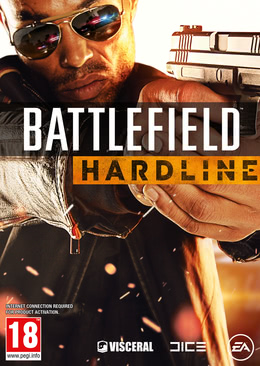 A THRILLING NEW BATTLEFIELD PLAYGROUND.
In multiplayer, the world is simple. You're on one side of the law or the other - a baton or bat, stun gun or rifle, armored police truck or transport vehicle. But either way, teamwork is going to be essential if you're going to want to pull off that perfect heist or big time bust in this new take on Battlefield multiplayer.

STRAIGHT TV CRIME DRAMA.
Right and wrong isn't always that clear. With a fresh new style inspired by from the most popular crime dramas seen on television today, Battlefield Hardline's gritty story will take you through so many twists and turns, you won't be able to wait until the next episode.

IT'S A TURF WAR
Rain havoc! The world may be modern and sexy, but like the saying goes, a man's gotta do what a man's gotta do. Blow open bank vaults, destroy car dealerships, shoot out an underground grow lab - whatever it takes to getaway from the cops or to make that bust.

SPORT YOUR NEW PIECE
In today's war, the toys are almost as important as your crew. Criminals are armed with sawed-off shotguns, ziplines and grappling hooks, while the cops have tasers, tear gas and riot shields.

TAKE TO THE STREETS… AND THE SKYLINE
Is it rides you like? Don't worry, we got you covered. You can hop in everything from powerful muscle cars, sleek bikes or even give your whole crew a lift in transport or armored trucks. And don't worry, this is still Battlefield, you'll have plenty of machines to fly.