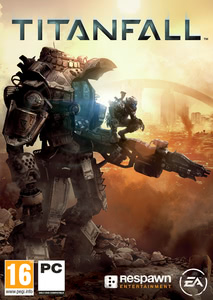 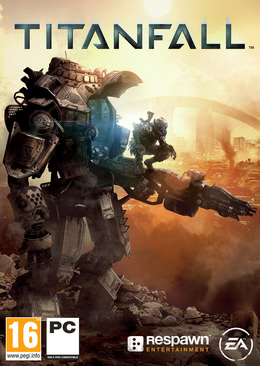 Fast-Paced Future Warfare  In Titanfall the advanced warfare of tomorrow gives you the freedom to fight your way as both elite assault Pilot and agile, heavily armored 24’ tall Titans. Titanfall rethinks fundamental combat and movement giving players the ability to change tactics on the fly, attacking or escaping depending on the situation. The Future of Online Multiplayer Action The game is entirely multiplayer, in a new experience that combines fast-paced online action with the heroic set piece moments traditionally found in campaign mode. The intersection of the two is a big part of what gives Ttianfall its iconic identity.     The Visionaries that Defined Gaming for a Generation are back! Founded in 2010, Respawn Entertainment was formed by Vince Zampella and Jason West, former co-founders of Infinity Ward and two of the co-creators of the multi-billion dollar franchise Call of Duty™ They are building on their pedigree and taking a new approach to game design and creating an all new universe with Titanfall.     The near-future Worlds of Titanfall The Frontier Welcome to the Edge of Civilization In Titanfall, many generations of humanity live in the deepest reaches of explored space. This vast region is known as The Frontier. It contains many well-known and inhabited solar systems, but many more worlds remain uncharted. Most people will never travel this far away from normal civilization. But for pioneers, explorers, mercenaries, outlaws, and soldiers - the Frontier offers both adventure and opportunity. The FactionsThe Interstellar Manufacturing Corporation (IMC) The IMC started out small, in natural resource extraction industries, under the name Hammond Engineering. Increasing demand for Titan manufacturing materials, combined with Hammond's market-cornering planetary survey technology and map database rights, contributed to explosive growth for the company. Over the course of a century, a series of acquisitions, mergers, and re-brandings lead to the transformation of Hammond Engineering into the ruthless commercial empire that is the IMC. With the Frontier’s valuable shipping lanes and vast planetary resources ripe for exploitation, the IMC is dedicated to maximizing profits and shareholder wealth, using the legal application of force when necessary.The Militia The Frontier Militia represents the military arm of the Frontier systems' territorial defense pact. The Militia is a loosely governed mishmash of homesteaders, bandits, mercenaries, and pirates, all rising up as 'citizen soldiers' when the need arises. Each brigade within the Militia is responsible for fighting in an assigned section of Frontier territory. Although some brigades are little more than vast pirate organizations, the Militia has enough resources to be a real obstacle to the IMC's ambitions on the Frontier. The Militia often claims that direct action against the IMC is in the best interest of the homesteaders whom they allegedly represent, but not everyone on the Frontier sees it that way. The CombatantsTitans Titans are descendants of present-day fledgling military exoskeletons. In addition to the obvious combat applications, unarmed forms of Titans are used in heavy industries like cargo transport and deep space ship salvage. They are also used in special applications such as deep space search and rescue, and are very effective in inhospitable environments. The use of Titans is widespread throughout the Frontier in both combat and civilian life.Pilots As with Titans, the Frontier contains Pilots of many different styles and experiences. Titan Pilots are rated by 'certifications', most of which apply to civilian applications, such as construction, shipping, and heavy salvage industries. The most prestigious of these is the Full Combat Certification - a widely published series of tests that grade a Titan Pilot's abilities. Because of the extreme physical and mental challenges of mastering both Titan combat & dismounted parkour movement, a fully combat certified Titan pilot is a rare find, and the combat skills of active Pilots in the field varies widely throughout the Frontier.