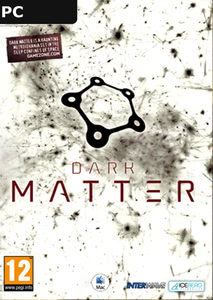 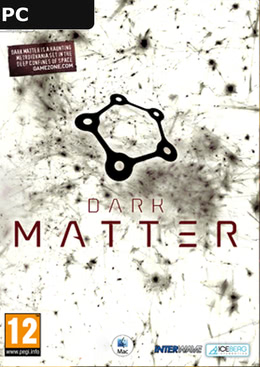 In the deepest reaches of space, an ancient evil slumbers. It coils around the walls of its stronghold, its prison, and dreams the restless visions of endless hunger that drive it to hate all life.
A human expedition stumbles upon the heart of darkness that conceals this nest of destruction. All are annihilated, save one.
Guide the Ensign, explore the very mouth of madness and arm yourself with powerful customizable weapons. Battle a legion of enemies whose annihilation relies on your cunning and tactics. Fight for your life, battle for mankind.

Dark Matter is InterWave Studios’ second full-fledged title. It combines a detailed, hand-painted art style with the latest rendering techniques, making its gameplay about that perfect moment of spine-tingling terror, as much as it is about unloading your firearms into every moving shadow that crosses your path.
With intelligent enemies that react to changing environmental conditions, Dark Matter is a dynamic world of darkness, where light is not always the safest place to hide.
The game aims to craft its own niche in the pantheon of side-scrolling exploration and combat games (yes, we’re really trying to not say ‘Metroidvania’), by combining the visual impact and gameplay implications of real-time lighting across the board, a deeply upgradable weapons system, and a limited crafting system in a world where there are few ‘magical drops’.

Your enemies will drop resources, you will mostly craft your ammo and health packs from those resources.
Long gone are the days of enemies suddenly gushing out gold coins and serviceable weapons, as are gone the days of dumb, repeating movement patterns. We’re taking a dynamic AI approach to controlling enemies in Dark Matter, which makes for some unique combat. Some creatures will shy from the light, others will be attracted to it.
Warrior drones will rush you while support fighters will hang back and pelt you from a distance with powerful acid bolts. Wounded enemies will retreat, to bring you in harm’s way as you pursue them, and larger enemies will require some precise tactics, if you’re planning to do anything but get eaten by them.
Prioritizing your targets, using the right weapon for the job, picking the best ammo for each enemy, those are the things that will get you through the game, if we don’t manage to scare you to death first, of course. Which we’ll also be trying to do.