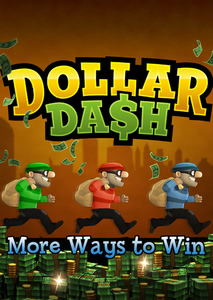 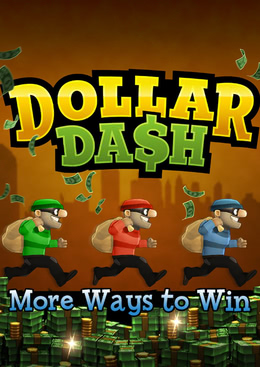 Now unlock a completely new game mode "Topscorer" with six maps and a mass of new exciting in-game shop content, such as a new victory dance, costumes and in-game icons! The challenge is set, as each player carries a money bag which can hold $1,000.00 dollars. With limited money available, all cash will be fiercely fought over as no money can be deposited in "Topscorer". As you frantically collect as much cash as possible, the player with the most money will trigger a timer of 60 seconds and the countdown begins!  You must hold your nerve, defend your monopoly and fight off the attackers until the timer reaches 0 to win the match. Should another player collect more money than the current winner whilst the timer is still counting down, the clock will reset, but with 2 seconds less on each occasion, until the maximum countdown time is just 20 seconds.

Topscorer will be fast, frenetic and fiercely competitive, so all you have to do is make sure you're ready! Features: Unlock the Topscorer! 6 new maps A mass of new exciting in-game shop content A new victory dance, new costumes and in-game icons

Requires the main game Dollar Dash and a Steam-Account!