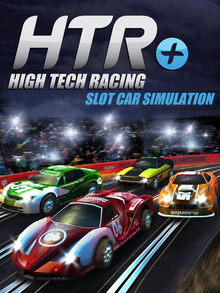 HTR High Tech Racing + is a Racetracks simulation of the classic toy of the 80s and 90s. HTR + is the successor of HTR High Tech Racing, which has been downloaded millions of times. HTR + features three difficulty levels and 20 tracks - with loops, jumps, crossroads, narrows and high-speed curves. You can build with the easy to use editor own routes and share them online. There are already more than 100,000 Fans created routes for download. With realistic physics brings HTR + all the fun and excitement of real racing.