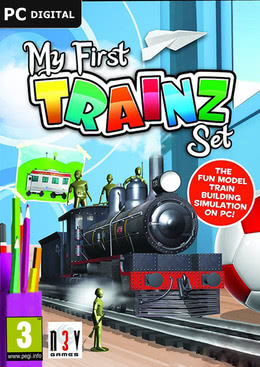 The trainz simulator franchise Trainz has been developed for over 10 years and has sold millions of copies worldwide. Based on the fantastic franchise, N3V Games has created a brand new game called My First Trainz Set targeted at a younger audience.