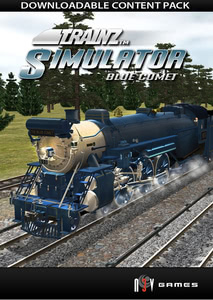 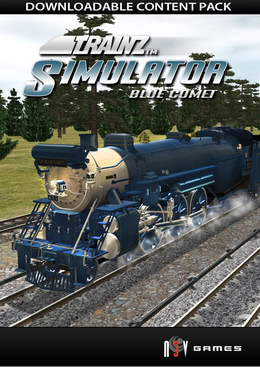 The Blue Comet addon pack recreates the excitement and splendour of this remarkable train. Stunningly detailed and making use of up-to-date smoke, sound, physics and script features, the Blue Comet promises to be a satisfying addition to your Trainz collection.

The package includes the Baldwin G3s pacific locomotive in early condition, in both blue and black liveries, and a custom cab interior. Also included is a representation of the class as it appeared in later life on duty after Blue Comet services had been discontinued.

The set of fully featured rolling stock includes baggage, combine, coach, diner and observation cars, and each comes with a detailed passenger view enabling you to immerse in the nostalgic atmosphere. Take a seat at a table in the dining car or sneak up for a peak at the galley. Ride in style in the lavishly appointed coaches, pull up a wicker chair in the observation car, stowaway in the baggage car or chew tobacco in the smoker.