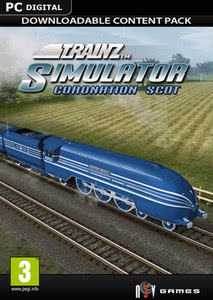 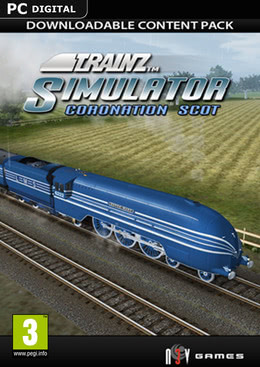 As the world recovered from the Great War and ensuing recession, the 1930s saw railways entering a glamorous era where emphasis on speed and public perception became more important than ever before.

On the east coast of the United Kingdom, the London and North Eastern Railway was setting the benchmark by racing passengers between London and Newcastle in style and in record time aboard it's streamlined Silver Jubilee service.

To the west, the London Midland and Scottish Railway took note of the global phenomenon and particularly the positive publicity that the LNER's advances attracted. Aware of the rival's plans to expand on it's success, LMS directors set to work on establishing their own foothold in the new age of high speed rail.

In a land where the monarchy still reigned supreme, the new train would be named honouring the coronation of King George VI and Queen Elizabeth and also in keeping with the company's named "Royal Scot" and "Midday Scot" services.

Along with lavishly refurbishing a series of coaches for it's upgraded London to Glasgow service, LMS engineers designed a new class of express passenger locomotive. While streamlining was arguably included for little more than publicity purposes, wind tunnel testing resulted in a design more effective in reducing air resistance than anything in existence on the UK's railways.

Originally intended as a high speed adaptation of the LMS "Princess Royal" class, the design process for the new locomotives resulted in the inclusion of a number of substantial improvements over it's predecessor. The "Princess Coronation" class emerged from the workshops as the most powerful steam passenger locomotives ever built for Britain's railways.

The Coronation Scot entered revenue service on the 5th July 1937 and was an immediate success in terms of speed, reliability, comfort and publicity.

Declaration of war on the 3rd of September 1939 resulted in cessation of Coronation Scot services and the coach stock was immediately placed in storage as the railways turned their attention to the demands of the war effort. Sadly the Coronation Scot would never return to duty though for the enthusiast it remains a popular and important chapter in Britain's railway history.

The Coronation Scot addon pack celebrates the halcyon days of LMS passenger service, recreating the sights and sounds of this remarkable historic train.