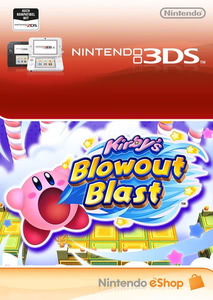 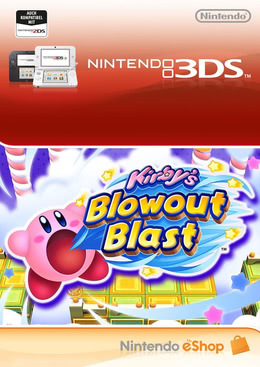 Based on the Kirby 3D Rumble minigame in Kirby: Planet Robobot, this enhanced, standalone version is fit to burst with brand new content.

Fight through over 25 bite-sized stages, perfect for playing on the go, and aim for the highest scores you can muster. Inhale any enemies you encounter, then spit them out when the time is right to bash other bad guys – and rack up the points!

The more meanies you inhale, the more firepower you’ll wield! Unleash a powerful Blaster Bullet to wipe out entire troops of wrongdoers all at once, or take out a single foe with a quick fire Star Bullet – you’ll need to chain combos to achieve the highest scores! Experience larger-than-life boss battles, as troublesome fiends from the Kirby universe return to cause havoc.

Guide Kirby to the end of each stage as quickly as you can – there’s no time to chew things over! Top the leaderboards by collecting all the coins during a stage and eliminate any foes who stand in your way in as few moves as possible. If you manage to defeat every enemy and avoid taking any damage, you’ll gain extra bonus points – so send those baddies flying!

At the end of each stage, you’ll be awarded a bronze, silver, gold or even an elusive platinum trophy depending on your performance. If you get a gold trophy in every stage, you can unlock tougher, remixed levels that will put your platforming and sharpshooting skills to the test!

You can tap in amiibo (sold separately) from the Kirby series to unlock corresponding statues in the Plaza that play new background music. There are four statues available in total – Kirby, Meta Knight, King Dedede and Waddle Dee.

You can also unlock two special statues – Robobot Armour and Susie – if StreetPass data from Kirby: Planet Robobot is present on your Nintendo 3DS family system.