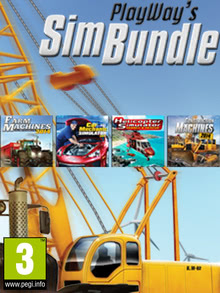 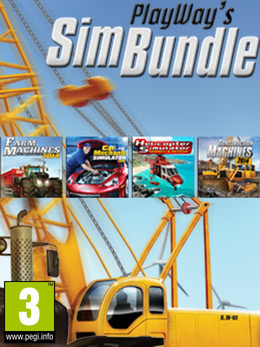 Become an emergency pilot and test your skills to their limits, as you sit in the cockpit of an emergency helicopter, across more than 40 challenging missions. Choose from 8 models of helicopter, each varying in size, ability and specs.

Climb aboard  Farm Machines Championship 2014 and sit behind the wheel of tenacious tractors and humongous harvesters to compete in 40 various events. Test your skills in new events, such as racing with forage wagons or transporting grain. Tune up your machines by changing the gearbox, engine or brakes. And change your tractor's look by adding additional elements to its chassis to distinguish you from the rest of contenders including fresh paint, decals, pipes and more.

Become a boss of a construction company. Demolish old houses, flatten the ground, fill foundations with concrete and build new buildings - this is what you do. Sit behind the wheel of different construction machines - from trucks and diggers to huge cranes. Win contracts and gather money to expand your company and buy or upgrade your machines.
advanced physics and interaction with environment