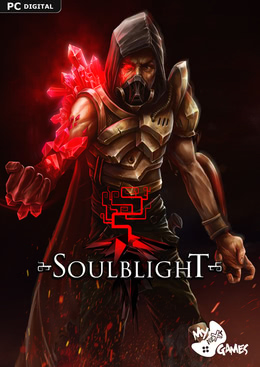 Soulblight is a dark, unforgiving, top-down action roguelike luring you to cross the thin line between good and evil. Embrace your flaws to survive a journey through an unforgiving Sanctuary. Gluttony, Lust, Cannibalism - how far are you willing to go?

Before entering each level of the Sanctuary you get to choose a Taint that represents a certain personality trait. That choice will shape your future experiences as each Taint unlocks a new way of gaining power - a custom mechanic designed to encourage role-playing. Tainting Mechanics channels your will to survive into actions that are aligned with your hero’s personality. Let’s have a look at some examples:

As you go deeper into the Sanctuary you’ll be able to add more Taints to your character’s personality making the shifting levels of the dungeon itself a skill tree of a kind. However with each new Taint you’re a step closer to the point of no return. Are you sure you know where it is?

It all began with a single drop. Form it two primal forces emerged. Forces of life and death. They fought one another in a futile effort to renounce their allegiance, only to realize that to exist separately is against their nature. From that communion the Soul Tree was born and with it the world as we know it.

When the world was finally formed the Soul Tree gave birth to a man. It fed him, raised him and the man was thankful. He cultivated the Soul Tree and build a Sanctuary around it calling it a “tribute”. But the tree became hidden from the world and the man has eventually forgotten of its creator.

Soul Tree started to wither. Soon after the blight took over. Through human neglect the Pyrope Brood spawned. And just as the disease consumes the Soul Tree the crystal plague ravages the land.

That is until someone comes to wash away the blight.