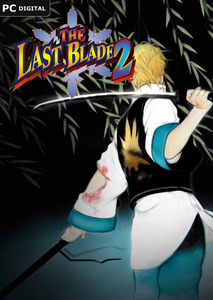 THE LAST BLADE 2 is SNK’s legendary weapons-based fighting game which was originally released in 1998 on SNK’s NEOGEO game system as a sequel to its predecessor THE LAST BLADE.

This widely revered NEOGEO masterpiece is finally available on STEAM! Not only a port of the original game, the STEAM version of THE LAST BLADE 2 will allow players from across the globe to fight against each other online / locally in epic battles in online Multiplayer Mode.

Discover (or rediscover) THE LAST BLADE 2, which is still considered as the pinnacle of weapons-based fighting games around the world!