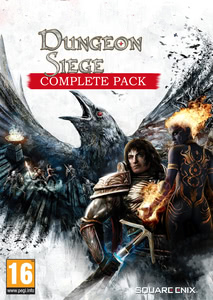 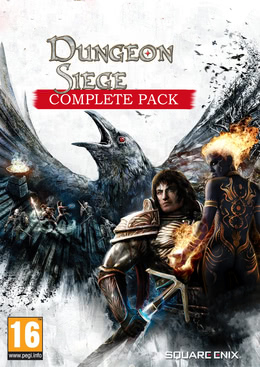 Just when geek chic seemed too lofty a concept to take hold, along comes Dungeon Siege to prove that even role-playing games can be cool, as long as there's plenty of fighting in them.
Not surprisingly for an RPG, the story is set in a medieval world of sword and sorcery. Your society finds its 300-year stint of peace being wrecked by newly arisen hordes of the obligatory ancient evil. So it's time to down tools, pick them up again and beat the uglies to well past an inch of their lives. It really is that simple.
In the second part it continues with the millennium, magic has continued to spread to the farthest corners of the world, freely flowing to any who would command it. But the tide of magic has begun to wane, heeding instead the call of an ancient legacy.
In Dungeon Siege III the noble legionnaires protected Ehb during the War of Legions, when the old Empire tore itself apart. At the War's end, the commanders of the 10th Legion established a new and independent kingdom of Ehb. Throughout Ehb's history, the Legion provided stability and protection, but they left rulership of the kingdom to an independent monarchy.
In Dungeon Siege III: Treasures of the Sun, players will extend their journey and travel beyond the borders of Ehb to an all-new environment: the Aranoi Desert. On their search for a lost Legion hero, players will fight through hordes of new villains only to find a forgotten abbey hiding a long-lost secret: the greatest treasure of the Azunite faith.