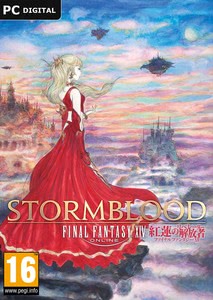 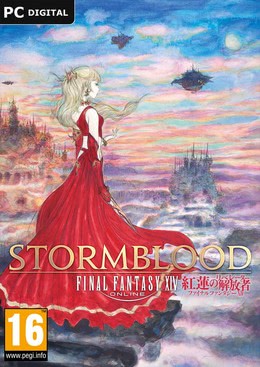 The Warriors of light must join the fight for freedom as they journey into a new adventure. Taking place in the vast region of Ala Mhigo. Can you as our hero reclaim the territory from the Garlean Empire and break it free from two decades of oppression?

Adventurer of Eorzea, it’s time to join the resistance and set forth with players across the world on another epic journey that will take you from the heavens to the depths of the ocean and beyond. A completely new chapter in the FINAL FANTASY XIV story is waiting for you!

You can now play as a Samurai, engage your enemies up close using the deadly Katana and single-handedly deal massive damage. Master the art of Sen and its three forces, Setsu (Snow), Getsu (Moon) and Ka (Flower).

Play as a Red mage and execute melee attacks with the Rapier and ranged attacks with Magic. The magic used by the Red Mage is red magic, which is a combination of Black Magic and White Magic.

Enjoy FINAL FANTASY XIVs new battle system and the re-balanced skill system. On top of that we have expanded the inventory system and you are able to carry all your beloved items!

FINAL FANTASY XIV introduces swimming and diving. Swim with your chocobo or dive with your friends and enjoy the holiday feel! You can breast stroke or crawl! Highly recommended you visit Costa del Sol for an unforgettable swimming experience.

Gather your friends and fight an original FINAL FANTASY primal! Lord of the revel – Susano! Are you up for the challenge?

Join the revolution and free the cities of Doma and Ala mhigo from the Garlean Empire! Enjoy a nail-biting epic story line where you and your friends are set on an adventure of a life time.