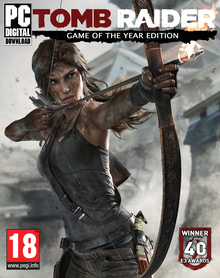 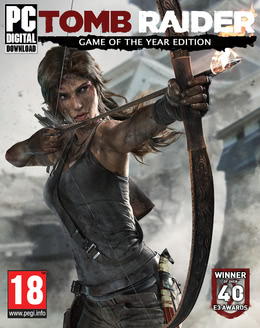 Tomb Raider is a critically acclaimed action adventure that explores the intense and gritty origin story of Lara Croft and her ascent from a young woman to a hardened survivor. Armed only with raw instincts and the ability to push beyond the limits of human endurance, Lara must fight to unravel the dark history of a forgotten island to escape its relentless hold. The Game of the Year edition includes the Tomb of the Lost Adventurer, 6 single player outfits for Lara, 6 multiplayer weapons, 8 multiplayer maps, and  4 characters.