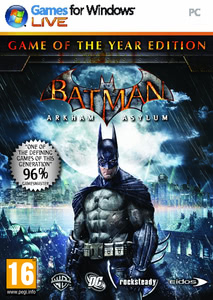 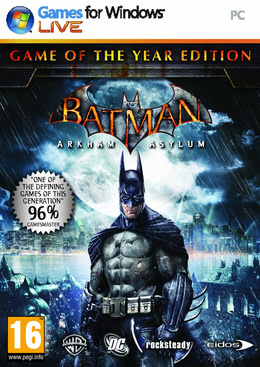 Batman - Arkham Asylum exposes players to a unique, dark, and atmospheric adventure that takes them to the depths of Arkham Asylum - Gotham's psychiatric hospital for the criminally insane. Gamers will move in the shadows, instigate fear amongst their enemies, and confront The Joker and Gotham City's freaks. Descend into the core of the criminally insane as The Joker launches his most diabolical plot ever. The inmates of Arkham have been set free, and its up to the Batman to bring order to the chaos and take back the Asylum. Explore the depths of this never-before-seen island as you experience the darkest journey of Batman's life. Use a wide range of Batman gadgets and abilities as you become the invisible predator and attempt to foil the Joker’s demented scheme.